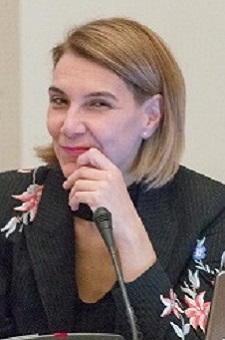 Any initial ambition to trace and analyze how early American theater received and represented the Greek War of Independence soon reaches an impasse. For it seems that the 19th-centuryAmerican theater makers were not attracted to this transatlantic historical event at least to such a degree that their creativity would be fueled to produce a genre in which history and theater would meet. The purpose of this paper is to focus on the generic reasons behind the absence of the theatrical representation of the Greeks’ struggle against the Ottoman despotic rule on the early American stage, arguing that the Greek Revolution’s struggle to reach the American stage was in fact the struggle of Greek tragedy. The 19th-century American theater ignored or resisted classical Greek tragedy for its pessimism and seemingly pathetic notion of humankind (Helen Foley, 2012), thus having no theatrical medium to approach Greece, at least the glorious “Greece of Homer,” not to say the vulgar [sic] “Greece of Byron” (Victor Hugo). Rather, it embraced the Anglo-Saxon paradigm set by early modern English tragedy and historical drama to represent the fear of “turning Turk.” It has been intriguing to argue that the struggle of Greek tragedy for the American stage reflects the struggle of Athenian democracy to be perceived as a harbinger of American democracy in the 19th century. It has been even more intriguing to propose that this has been a somehow neglected area that is revisited and reexamined in contemporary theater practice. As Western theater is by essence international and transantlantic, we will end our discussion with a study of the attempt of contemporary Italian director Romeo Castellucci to reexamine this overlooked intersection of tragedy, democracy and history. Susan Sontag’s statement that “We live in a time in which tragedy is not an art form but a form of history” (1966) will guide us through our reading of two productions directed by Castellucci, Hyperion: Letters of a Terrorist in 2014, based on Höderlin’s Hyperion or the Hermit in Greece, and Democracy in America in 2017, inspired by Alexis Tocqueville’s work of the same title.

Dr. Penelope Chatzidimitriou (MA in Theatre Studies and Directing, Royal Holloway University of London; PhD in Theatre Studies, English Department, Aristotle University of Thessaloniki). Doctoral research in the complete opus of the internationally acclaimed Greek theatre director Theodoros Terzopoulos (Attis Theatre); collaboration with Attis Theatre (Athens) as a scholar; interest in modern directors, performance, performance art and the interdisciplinary connections between theatre and science. In 2010, she published (in Greek) her book on the work of Theodoros Terzopoulos. Other publications are included in editions of Bloomsbury Methuen Drama, Peter Lang,China Theatre Press, Cambridge Scholars Publishing, Theater der Zeit, etc. Co-founder of the Ars Moriendi theatre group. She lives and works in Thessaloniki as a theatre lecturer and critic.