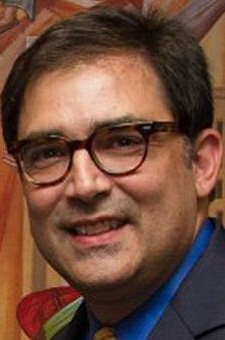 To commemorate the 200th anniversary of the start of the Greek War of Independence in 1821, the exhibition The Greek Revolution (1821-29) through American Eyes explores the common themes binding Greece and the United States in Greece’s pursuit of universal freedom and liberty, focusing on the myriad connections between the Greek revolutionaries and individual Americans. The exhibition offers insight into the writings and actions of Americans who supported and fought in the Greek Revolution.

Dr. Tom Papademetriou is the Constantine and Georgiean Georgiou Endowed Professor of Greek History, and Director of the Dean C. and Zoë S. Interdisciplinary Center for Hellenic Studies of Stockton University. A graduate of both Hellenic College (BA, 1988) and Holy Cross School of Theology (M. Divinity, 1992), Dr. Papademetriou received his Ph.D. in 2001 from Princeton University’s Department of Near Eastern Studies in Ottoman History. Conducting research in the Ottoman Archives, the Archives of the Ecumenical Patriarchate in Istanbul, and at the Centre for Asia Minor Studies in Athens, he focuses on the history of non-Muslims under Ottoman rule, especially the relations of the Greek Orthodox Church and State in the early Ottoman centuries which is the subject of his book, Render Unto the Sultan published by Oxford University Press, (Oxford, 2015).