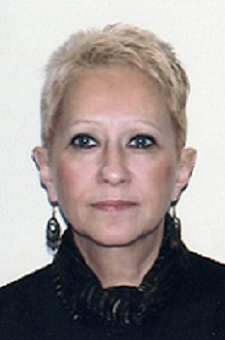 The “orphans” of the Hellenic War for Independence and the American Philhellenes. The case of Christodoulos Evangelides

This presentation discusses the cultural framework which prompted American Philhellenes to help young Greek teenagers to immigrate to the United States of America during the Hellenic War for Independence in 1821. Upon their arrival the Greek children–boys in their majority–were offered hospitality, were educated and were subsequently presented with career opportunities. The whole endeavor was evidently prompted by a complicated nexus of cultural, political, religious  and economic dynamics, which influenced and shaped each other. Most of these Greek boys made a new beginning in the States, residing there permanently, building promising careers and new lives. Others, however, returned to their own homeland, where they shared their good fortune and newly acquired qualifications with their Greek fellowmen.  Most of them, became eminent and respected members of their society, and were even appointed to posts of influence in the newly established Hellenic nation. One of those who returned to Greece was Christodoulos (Christos) Evangelides, a gifted teacher and enlightened educator who founded the Hellenic Lyceum in the island of Syros in 1842. In his school he introduced innovative methods of teaching in which he combined the American pragmatism with the Greek traditional spirit of antiquity which prevailed in the curriculum of all Hellenic schools back then.  But more significantly he initiated his students into a cosmopolitan outlook essential for the promising youths in the fast changing world of the time.

Dr. Smatie Yemenedzi-Malathouni was an Associate Professor at the School of English of Aristotle University of Thessaloniki until 2013 where she taught American Literature and Culture at undergraduate and graduate level for 40 years. She studied at Aristotle University and Kent State University, U.S.A. where she also taught courses in American Studies. Her major research interests and main publications focus on Early American Literature and Culture with an emphasis on the Puritan heritage as an integral part of the American spirit and the American identity. During the past years she has expanded her research to the Protestant Second Awakening and the way this religious revival triggered the Protestant presence in Greece before and during the War for Independence in 1821 and the first years of the newly established Hellenic Nation. More specifically, she has been probing into the politics of Greek teenagers’ immigration to the United States during the same period, the so-called “orphans’ immigration,” which was sponsored by the philanthropic reform advocated by the above noted religious revival. This latter strand of research resulted  in the publication of the collective work:  Νυκτερινά Σκαλαθύρματα: Το συριανό ημερολόγιο (1859 – 1860) του Μακεδόνα εκπαιδευτικού Χρήστου Ευαγγελίδη by Αντώνης Σμυρναίος, Μιχαήλα Ιατρού, Σμάτη Γεμενετζή-Μαλαθούνη. It is soon to be followed by a second volume, focusing on Evangelides’ early years in the United States of America, on the basis of his own diary which aims to contribute significantly to the scarce existing literature on the “orphans’” immigration cases. She has also co-edited several volumes of collective essays on American Studies both in English and in Greek.