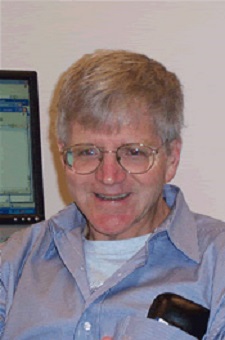 Journey to a Novel: The Greek War of Independence in American Writing from Samuel Gridley Howe to Harry Mark Petrakis’s The Hour of the Bell

As the Greek American author Harry Mark Petrakis pondered writing about the Greek War of Independence in 1972, he wrestled with how to tell a story that “few people besides the Greeks knew anything about,” adding that “to my knowledge there has never been a major novel in English written on that conflict.”  When The Hour of the Bell appeared, some critics objected “that the book read too much like history and not enough like fiction.”  This contrasts with American philhellene Samuel Gridley Howe’s An Historical Sketch of the Greek Revolution (1828), the first full account by an American of the War of Independence which, one might say, is history written, if not as fiction, in a conversational style.  The journal the Petrakis wrote during the writing of his novel about the Greek Revolution, published as Journal of a Novel, gives insight into how Petrakis shaped his account of the Greek Revolution.  This paper will examine how Petrakis shaped this story, the place of Howe’s book in that shaping, and the dark clouds of the junta years and the Vietnam War shadowing the year during which Petrakis wrote. When viewed from the United States, will the story of the Greek Revolution ever be told as anything but a lesson for the present.

David Roessel is the author of In Byron’s Shadow: Modern Greece in English and American Literature. He is also the co-editor for The Selected Letters of Langston Hughes, The Collected Poems of Tennessee Williams, and most recently, of Lawrence Durrell’s novel The Placebo. He has been the Yiannos Professor of Greek Language and Literature at Stockton University since 2005 and is the Stockton coordinator for the partnership agreement with Aristotle University of Thessaloniki.