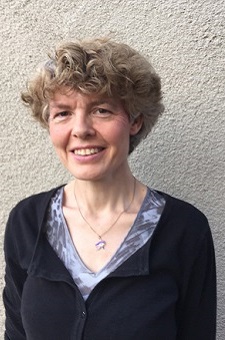 The United States as a Haven for Greek War Orphans?

During and after the Greek Revolutionary War, foreign philhellenes took orphaned Greek children back with them to their own homeland. The anecdotal evidence attests to several boys being taken to the United States, to be given a new home and also educational and professional opportunities. The stories of girls being ‘adopted’ by Americans are few and far between, and their stories shed a different light on these informal adoptions of the revolutionary era. My aim is to present a few cases and to come to some conclusions that will shed light also on the future of adoption of Greek-born children by American families.

Gonda Van Steen earned a PhD degree in Classics and Hellenic Studies from Princeton University and holds the position of Koraes Chair in the Centre for Hellenic Studies and the Department of Classics at King’s College London. Her first book, Venom in Verse: Aristophanes in Modern Greece (PUP, 2000) was awarded the John D. Criticos Prize from the London Hellenic Society. In her 2010 book, Liberating Hellenism from the Ottoman Empire, revolutionary uses of Aeschylus’ Persians (1820s) and the Venus de Milo take center stage. Her 2011 book, entitled Theatre of the Condemned: Classical Tragedy on Greek Prison Islands (OUP), discusses the ancient tragedies that were produced by the political prisoners of the Greek Civil War. Her 2015 book, Stage of Emergency: Theater and Public Performance under the Greek Military Dictatorship of 1967-1974 (OUP), analyzes theater life, performance, and censorship under the Greek junta. Her latest book, Adoption, Memory and Cold War Greece: Kid pro quo? (University of Michigan Press, 2019), takes the reader into the uncharted terrain of Greek adoption stories that become paradigmatic of Cold War history and politics.