The 46th IBC will explore how war in all its meanings, symbolisms, and manifestations influenced Byron’s words and worlds, and shaped his poetic and political sensibility. Drawing on recent scholarship in Romantic studies, it will also explore Romantic authors’ preoccupations with war, and how these intersected with Byron’s. The conference will coincide with the 200th Anniversary of the Greek War of Independence of 1821, a landmark event that will be celebrated throughout the country.

We look forward to welcoming you to this virtual event!

Professor Prozorova’s talk has been added at the beginning of the first Session of the day, which will start half an hour earlier, at 14.45 (Greece local time). 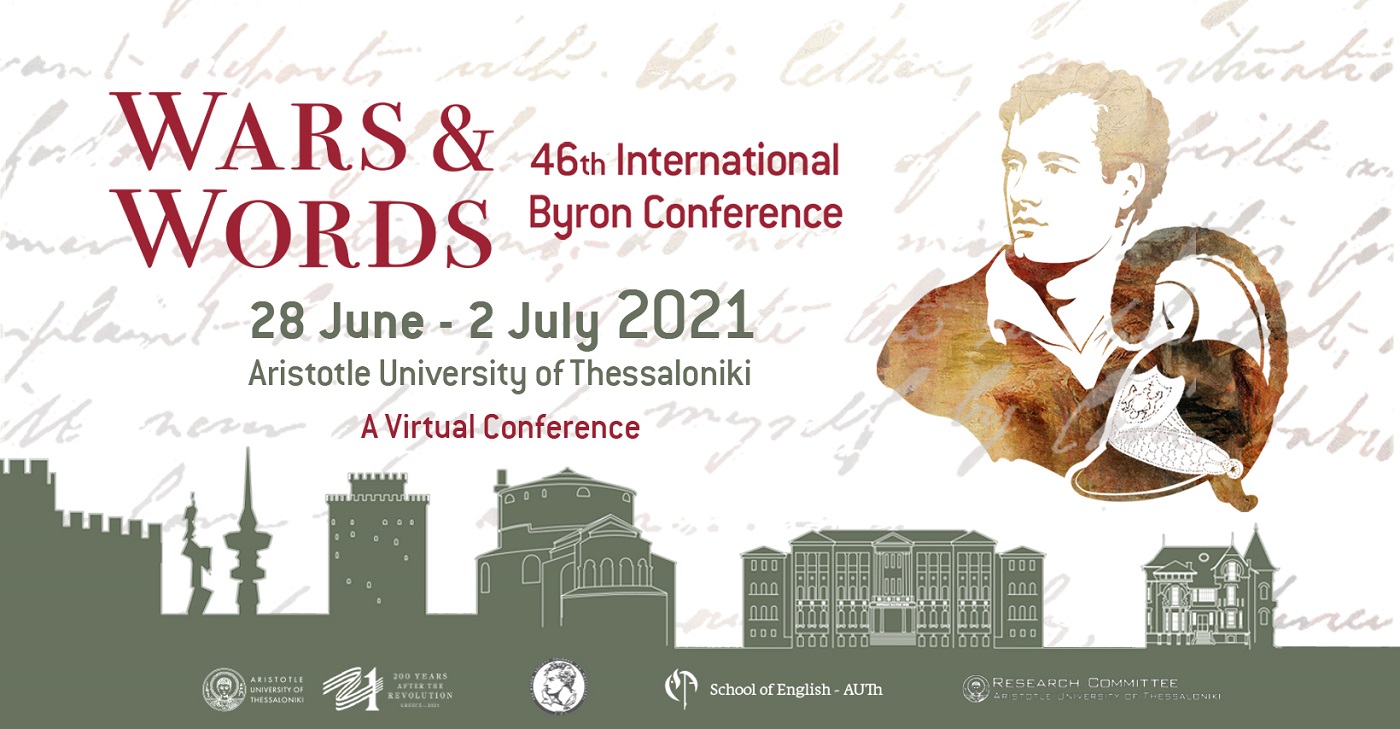 The School of English

Initially founded as a University Institute of Foreign Languages in 1951, it acquired its present status as School of English in 1984. It is one of the eight schools which constitute the Faculty of Philosophy, founded in 1926, as one of the first four faculties of the University of Thessaloniki, known for its high academic standards.

The School of English consists of four departments:

Founded in 1926, AUTH is one of the oldest and among the most highly ranked tertiary education institutions in Greece. It was named after the philosopher Aristotle, who was born in Stageira, about 55 km east of Thessaloniki. It is the largest university in Greece and in the Balkans and its campus covers 430,000 m2 in the centre of Thessaloniki, with additional educational and administrative facilities elsewhere.

For enquiries, please contact us at the IBC2021 email